So, Jon and I have started watching "My Little Pony: Friendship is Magic" and I know what you're thinking...that sounds rediculous.
However MLP:FIM has been one of those shows that makes sure to include plenty of "parent humor" so that way, we as older people, can enjoy the show too!
So, if you get a minute, you should check it out! Like any tv show, don't judge it by its opening credits or by only the first episode. You gotta watch at least 5 of any show to know if it's decent or crap.

Anyways, with that out of the way, I been doing pony sketches to practice my posing ability, facial structure as well as speed tests. So, these were relatively quick sketches, that had no time for refinement. 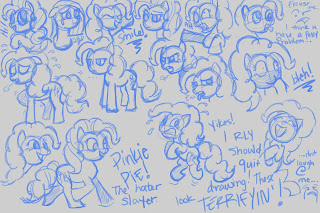 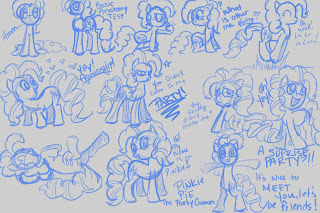