Starting a new series (if I keep it up haha) called Words of Art.

I realized recently, while enjoying a lovely shower, that Art for me, isn't just pretty pictures.
And I think that's why I've been lacking connecting to my own work lately.

There's something about DEFINING with Words, what it is that I'm about to do. For example, If I am going to do a character design, I just start drawing. And then, halfway through the FINAL PAINTING, I look at it and think: Oh. I coulda done this, and this. It would have been better…. and then I want to start over.

But then I think, but I already put ALL THIS TIME and EFFORT into the art?! I don't want to start over painting the SAME THING.

There's this weird phenomena that happened when the computer became an art tool.
We forgot it was a TOOL.
When we, heck when I, started using the computer to paint, I somehow got lost in thought and somehow we, I myself too, thought the computer was a SHORTCUT.
Something to speed up art, not just a different color of pencil.

And that's what happened. To me. To us All.
The computer: Photoshop, Corel Painter, Zbrush, Manga Studio, whatever it is YOU use….
It's just another pencil. Albeit a very expensive pencil.
But a pencil. Not a shortcut.

And there's this weird FEAR that comes about when you see your art on the screen and all the things you did wrong with it.

For me? I don't want to start over. I just want to scludge (yeah, its a word now) whatever it is I have together and just finish the stupid thing. Post it on my wall/page/blog, and move on.
That's a terrible thing.

It's not going to be loved if I don't love it. Sure, people will scroll by it, but there's no lasting impact.

If I speak, then listen.
If I type, then read.
If I draw, I should be prepared to entertain an audience.
Not just finish it quickly.

If I want to start a new piece (not a speed paint, which is another view of our impatience and laziness in its own right), then I got to invest in it.

NOW: I've read everywhere that I need to get reference.

But that's not really it. (I love you all, just please bear with me).

For me? BEFORE I get reference, I need an idea. I need something to get REFERENCE FOR. I can't reference a world I have in my head…. If I haven't even defined what it is in my head. In my head its a feeling. A REALLY REALLY COOOL feeling…. but a feeling that needs some form. Some sort of definition. My head can get fuzzy, and I think other people know that too.

So, Here's how we solve, I solve, the issue of FEAR AND LAZINESS:

Grab a sketchbook and draw terrible. I mean it. Draw ideas, ugly circles, weird spirals that aren't even. Let clouds inspire your hand to scribble. Grab a sharpie and think of the weirdest things ever. If they don't work, use cheap paper. Throw it out and laugh. YOU ARENT WASTING TIME. Keep reminding yourself of that, that's the Fear and Laziness kicking in.

For me? I need to sit and TYPE. I'm a writer and I don't know why I am ashamed of it.
I think in words. Is that so bad? I don't think in beautifully drawn circles. If you do, great. I am not you.
And if that's not you, that's great too.

Because I need to type out, where does this person live? What do they wear? HECK: WHO are they??? What's their personality?
I can't believe I go into a painting unprepared.
It's that stupid FEAR: that writing and planning is weakness.
and LAZINESS: I want to just start, everyone else does.

No. They don't. They Plan. We just aren't privy to the planning on a speed paint.
And the reference that follows the planning.

I hope that was interesting to you. It was to me. 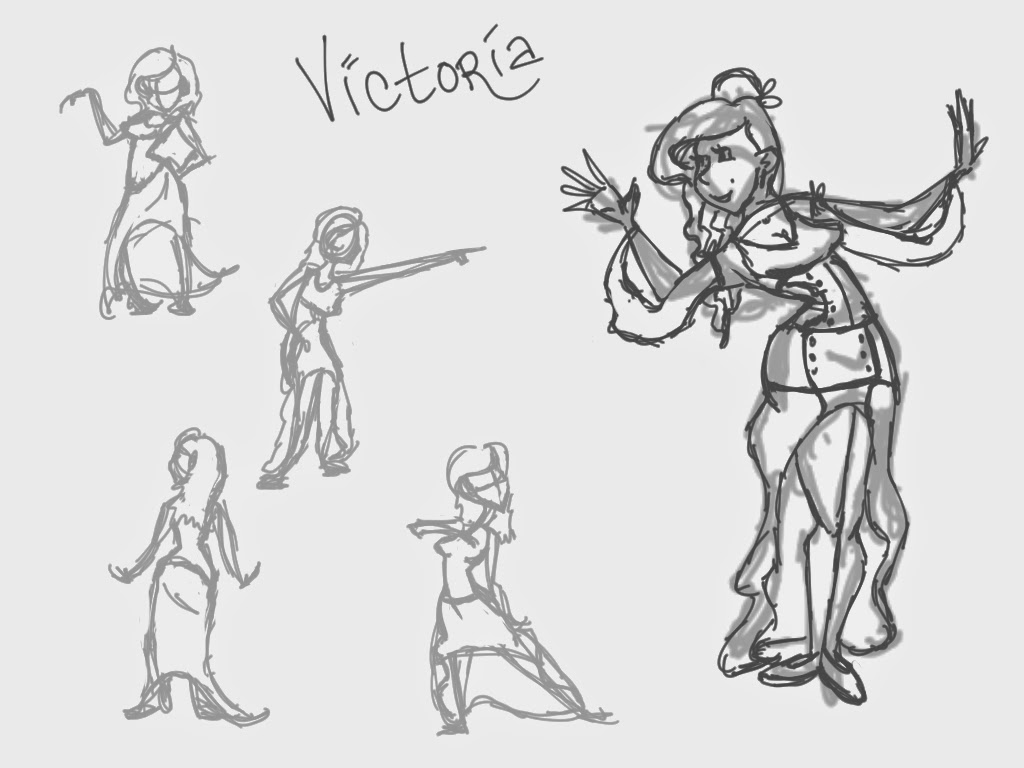 Here's some of my starters, the ugly drawings that inspired a character.
And there's a whole TYPED OUT LIST of who she is. That helped.
That helped a lot.
Oh and there was reference. You want to see it? I can post it.

Because I'm not going to lie to you. There was thought. There was a whole character design sheet behind these silly little sketches.

I'm not ashamed of that. I'm not afraid. I'm not lazy.

And neither should you. Join the conversation below, I'd love to hear if there's anything that you're afraid of or lazy about.

Or if theres a Words of Art topic you'd like covered. My mind is open. <3 p="">
Cheers and all that,
JECooper

Hey, thought i'd show some of the stuff I've learned this year. 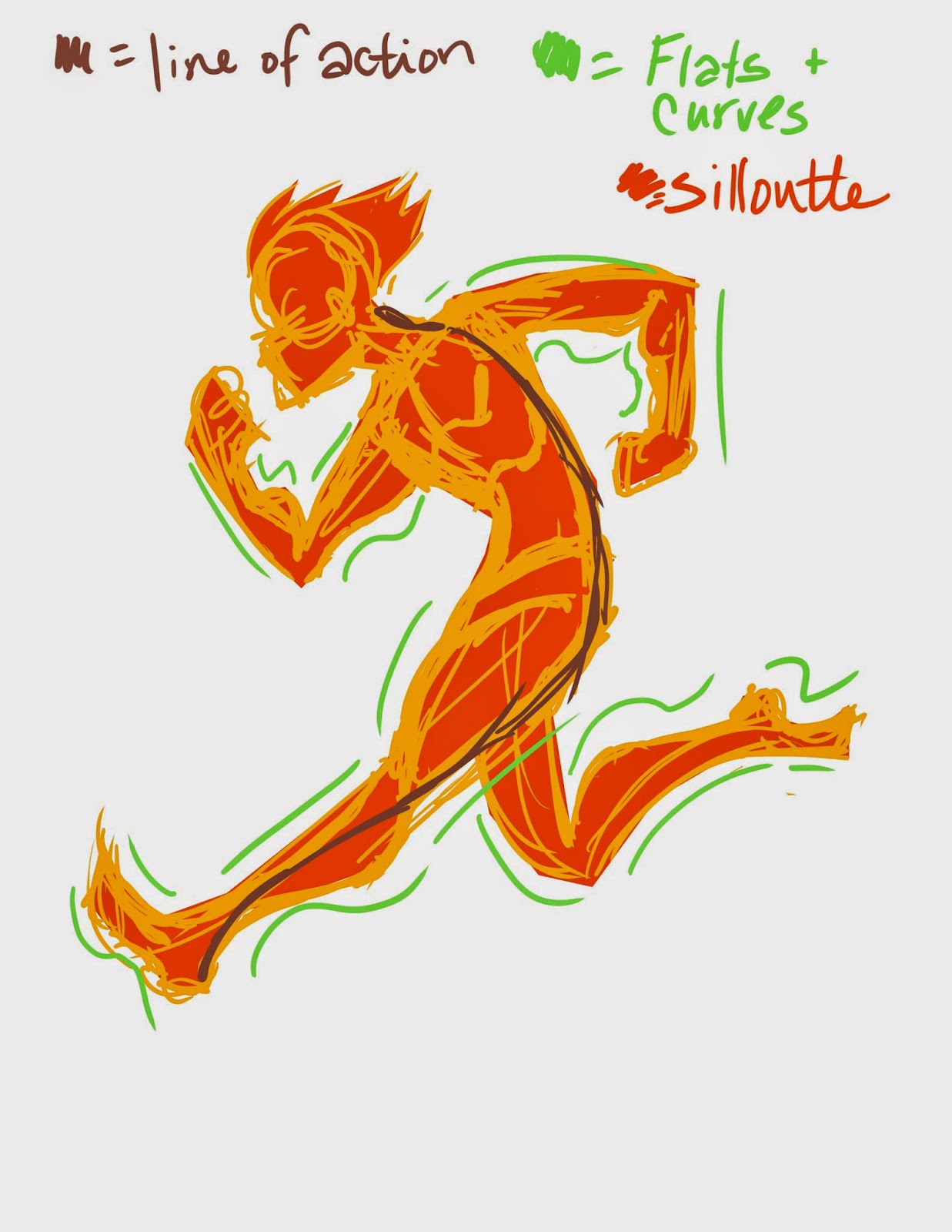 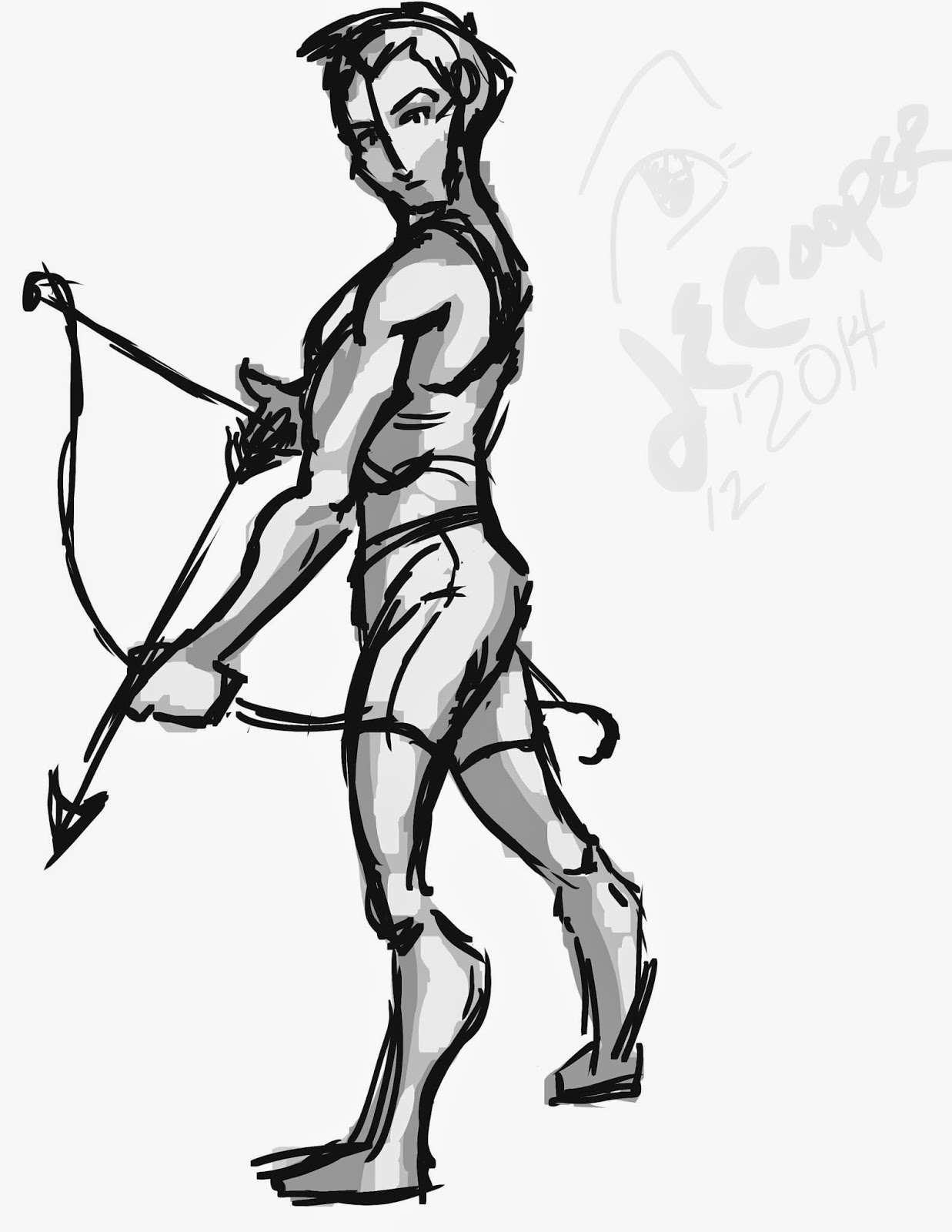 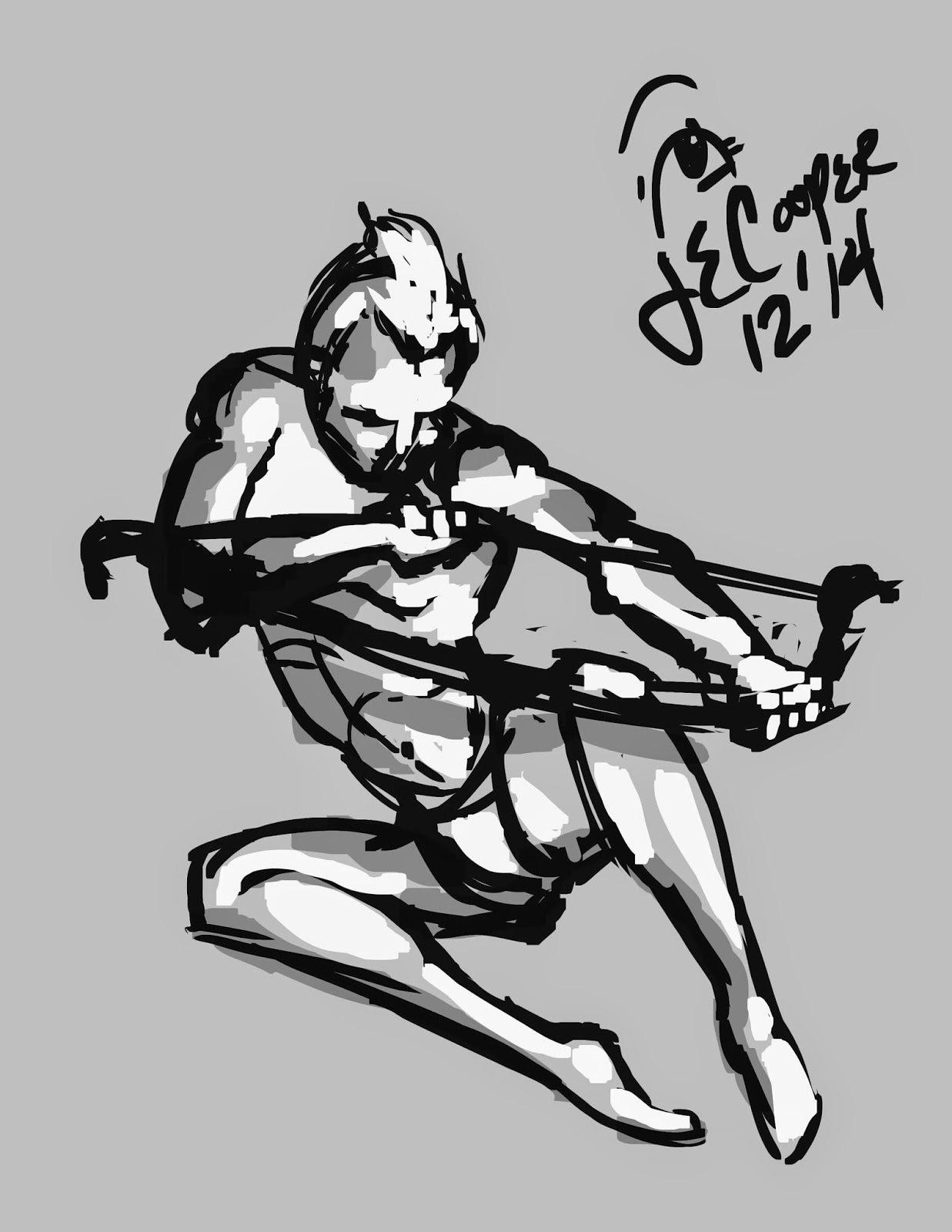 Thought I'd upload my little calendar I'm making with some concept art from other awesome artists.

None of the art on this month is mine, maybe upcoming months will. 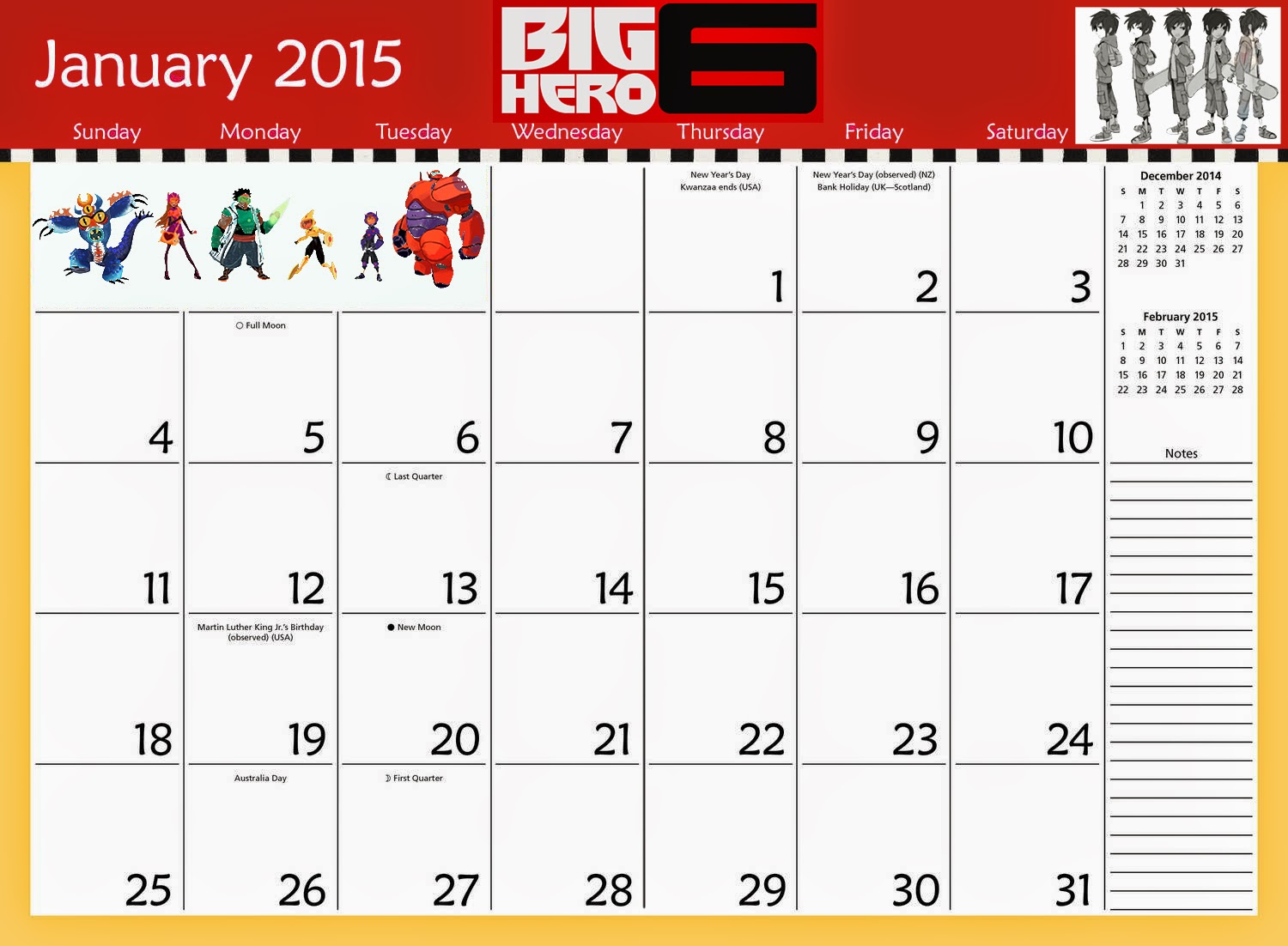